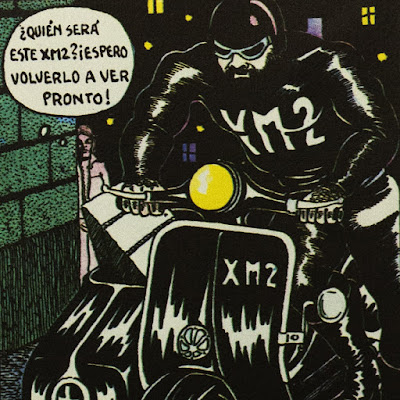 This one was a bit of a mystery to me. When ORDEN MUNDIAL played the Dog Haus, the next day was a bit of a mess. Someone had locked the garage door and taken the key, locking all of the gear inside the garage. Also, the singer was missing and no one knew where to even begin looking for him. To make things a bit more urgent, some of the members had a flight to catch in a few hours. It was a hectic morning to say the least. Once everything had been settled and the missing people were found, everyone rushed out of the house (I never got my garage key back though). Later that same day, I was looking thru my tapes and I noticed a tape that wasn't there before. XM2, I can only assume, was left as a gift... Or maybe it fell out of someones pocket. In any case, thanks for the tape! Raging hardcore from Barcelona. It's similar to bands like BARCELONA or ORDEN MUNDIAL. Thru a random email many months later, I found out that Hector from ABSURDO sings in this band (although he doesn't sing on this tape). As everyone I'm sure already knows, Barcelona has some of the best hardcore bands in the world, and this is no exception.

You can download the demo here and you can stream and follow the band here.
Posted by Tony at 7:01 PM

What the hell is this?

A blog about shows, bands, and anything punk in LA. I'll also upload demos I acquire from my travels. Feel free to download whatever you'd like from here. If you like an artist on this blog, please support the artist by buying merch from the band. It helps a lot (seriously)! If any bands out there want me to take their stuff of this site please let me know through the comments and I will delete the post. Thanks and enjoy!

Check these out too